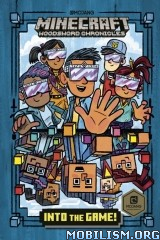 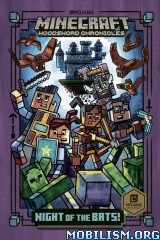 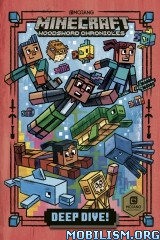 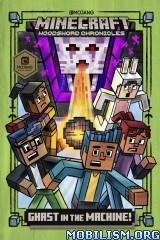 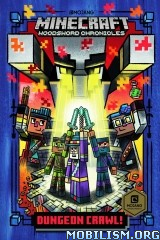 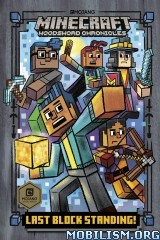 1. Into the Game! - Five young Minecraft players in the real world find themselves transported inside the game they love. But now it's not a game--and they will have to use everything they know to explore, build, and survive! This illustrated hardcover series will thrill and engage fans of Minecraft and action-packed fantasy stories alike.

2. Night of the Bats! - The adventures continue in the Minecraft Chapter Book series as five young Minecraft players find themselves transported inside the game they love. When zombie hordes attack them in the game, and bats invade their school in the real world, Ash, Morgan, and their friends realize that it's going to take all their talents to get to the bottom of these monstrous migrations. This illustrated hardcover series will thrill and engage fans of Minecraft and action-packed fantasy stories alike.

3. Deep Dive! - The adventures continue in the third official Minecraft chapter book based on one of the most popular video games of all time. As Ash, Morgan, and three of their fellow Minecraft players, who can actually enter the game, take a deep dive into the Aquatic biome, they find a world filled with beauty and wonder. A treasure map promises adventure and the opportunity to explore--but it could also be a trap set by the mysterious Evoker King. With air running low, will they survive to find out?

4. Ghast in the Machine! - The adventures continue in the fourth Minecraft chapter book based on one of the most popular video games of all time. Jodi, Ash, Morgan and their fellow Minecraft players go out into the real world to find clues to the identity of the mysterious and sinister Evoker King. Not only do they need to find out who--or what--he is, but they need to know if it's really possible for him to escape the game! Because if he can, that could spell big trouble both in the game and out!

5. Dungeon Crawl! - The adventures continue in the fifth official Minecraft chapter book based on the most popular video games of all time. When Po, Morgan, and three of their fellow Minecraft players track the Evoker King to his home in the heart of a perilous dungeon, they have to gear up for an epic fantasy quest filled with danger, dragons, and hostile mobs. Meanwhile, in the real world, the school play seems to be full of its own traps and troubles. Are Po and his friends doomed in both worlds?!

6. Last Block Standing! - The only official chapter book series based on Minecraft comes to an epic conclusion with Book 6--Last Block Standing!
As the world of Minecraft falls under the Evoker King's control, Morgan, Ash, and their friends get ready for the final showdown. But with their enemy now in possession of the most powerful building block in Minecraft, do they really stand a chance of defeating him? And meanwhile, in the real world, the kids deal with the devastating news that Ash and her family may be moving away! Will both worlds come to an end, or is this just a new beginning? Find out in Last Block Standing! the sixth book in the Woodsword Chronicles! 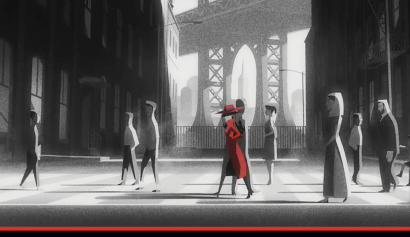 Please try ALL links, before private messaging me for new links
(with a link to the post) or if there are any problems with my uploads.