loya
eBook Moderator
Dec 6th, 2020, 3:07 am
#8133606 by loya
Tales From Undersea by Jessica Wood (#1-2)
Requirements: .ePUB reader, 444 KB | 742 KB
Overview: Jessica is a British author with a degree in Creative Writing from Bath Spa University who now lives and works in Finland with her husband, who is also a writer and artist. She currently juggles writing with the even more difficult task of learning the Finnish language.
Genre: Fiction > Children/Young Adult 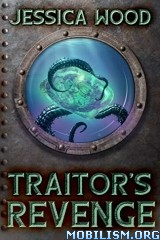 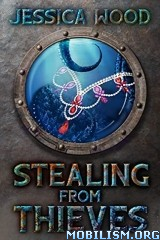 1. Traitor's Revenge
Secrets always rise to the surface. Pirate Captain Alethea Hera found comfort with her life in the Undersea world of submarines, sunken cities, and sea monsters - a destination for all those, such as herself, who wish to run away from their past. But now, the discovery of an enchanted gemstone and a legendary treasure drives her past to haunt her. Alethea's love-sick daughter Marina has her eye on an attractive Viking shieldmaiden, but raised in piracy, even she can't ignore the allure of a treasure hunt. Unfortunately, this hunt will not only drive her apart from her love, but from her mother and her life in the Undersea world. Will Alethea dare to face her past in order to keep her pirate crew safe? Can Marina make the right choice for her future, and whether her mother has a place in it?

In an alternate 18th century, Captain Alethea is desperate to live up to her position on her Pirate submarine, the Barracuda, by chasing down the Vikings of the Fenrir to reclaim the treasure her crew went to hell and back to uncover on a previous mission. So far, Alethea has only succeeded in getting her crew clobbered by the Fenrir’s new chieftain, Inoki Kekoa, and stoking their frustration and distrust in her.

Chieftain Inoki has his own reasons for holding onto the treasure so fiercely. It is his only way of securing a life of freedom away from the colonising Empire which invaded his home and drove him and his husband Undersea.

Captain Alethea has a new idea – ask for help from the Pirate Queen. But the Queen has a different mission for them. They must go undercover as upstanding citizens to steal a priceless necklace. But if they fail, they’ll be kicked out of the Pirate faction and left with nothing. Will the Barracuda crew find their treasure, or will they lose their freedom?