Recipes to Celebrate the Football Pride of Spain by Jill Hill (.ePUB)+

Anything food or drink related excluding dieting
NightKing
Major eBook Releaser
Jun 23rd, 2021, 12:02 pm
#8721271 by NightKing
Recipes to Celebrate the Football Pride of Spain: Delicious Recipes That Will Make You Scream 'La Casa Blanca!!' by Jill Hill
Requirements: .ePUB, .PDF, .MOBI/.AZW reader, 17 MB
Overview: Earning the IFFHS’ European Club of the 20th Century award in 2010 is no small feat, and then going ahead to be the first club to win the Champions Leagues competition consecutively, puts Real Madrid in a very top spot, not only in Spanish football leagues but also in the world’s football leagues.
Welcome to Real Madrid (Real Madrid Club de Futbol) where you would find players such as Dani Carvajal, Karim Benzema, Eder Militao, Thibaut Courtois, Luka Modric, Toni Kroos, who would go all out to make sure that they give the audience an enjoyable game play that is worthwhile.

Both in their home leagues and in national leagues, this team does all it can to make sure that all they do is win. And they have over 90 trophies to show for it.

All these are a pointer to the fact that Real Madrid is the club to bank on in Spain if you want to enjoy exciting football matches. 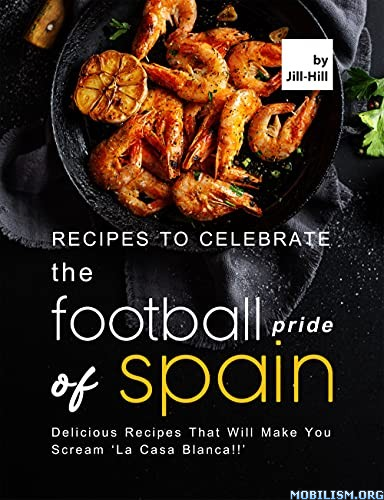